Aliante is a master-planned community located in North Las Vegas, Nevada. In 2001, American Nevada Corporation and Del Webb Corporation formed North Valley Enterprises, which purchased 1,900 acres (770 ha) of land in the city and began construction of the community a year later, with the opening held in May 2003. 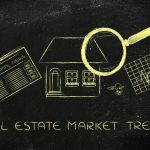